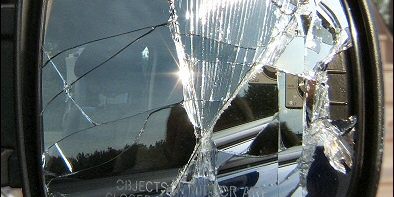 False insurance claims for alleged damage caused to his car by heavy goods vehicles led to a man receiving a suspended sentence after pleading guilty to six counts of fraud by false representation.

This month Neil Oldfield was sentenced to eight months imprisonment, suspended for two years and 20 days at an attendance centre. Eight offences were taken into consideration.

Between 14 April 2016 and 20 January 2017, Oldfield made 13 false insurance claims across multiple companies, including Royal Mail. On each occasion, he would claim that damage had been caused to the wing mirror of his car when being overtaken by a heavy goods vehicle, which then failed to stop.

To support each claim, Oldfield submitted a false invoice for repairs which hadn’t taken place and a photograph of the alleged damage caused to his vehicle. It was also discovered that as well as using fake names on four occasions, in five of the claims he even created a false witness, completed a witness statement and forged a signature of that witness.

Once Oldfield had submitted a false claim, he would then put pressure on the insurer to settle it and on some occasions he criticized the claims handler and went on to log a complaint. The total value of fraudulent claims amounted to £5,976.

Oldfield’s false claims had an impact on one driver in particular, who was deemed a careless driver after he failed to stop following the alleged accident. The driver resigned from work following criticism from his manager.

City of London Police Detective Constable Kevin Hughes, who led the Insurance Fraud Enforcement Department’s investigation, said: “Oldfield not only attempted to con insurance companies out of thousands of pounds through his multiple false claims but his criminal actions also put innocent people’s careers at risk and sadly resulted in one man resigning from his job.

“IFED and Royal Mail have ensured that justice has been served to Oldfield. We hope this acts as a warning to any others who are thinking of making false insurance claims that they will be found out and suitably punished.”