A Nation of Pet Lovers 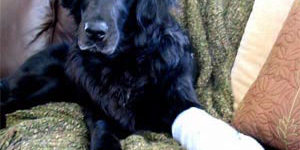 More than three and a half million pets are now covered by insurance but there are still more pets who don’t benefit from the reassurance of cover if an illness or accident should occur than those who do.

According to the ABI (Association of British Insurers):

Perhaps surprisingly, in 2014 insurers paid out £1.65m per day to treat our pets, an increase of almost 15% on the previous year and the average cost of a claim has risen to £679, up 7%. Recent claims include:

Mark Shepherd, General Insurance Manager at the ABI, said: “It’s good to see an increase in the number of animals and their owners who are now benefiting from the protection offered by pet insurance. However, it remains a concern that the majority of pet owners in the UK don’t have any cover in place.

“The cost of getting quality veterinary treatment for your pet can quickly reach into thousands of pounds, particularly if they have to have surgery or need chemotherapy to tackle cancer. Pet insurance gives you peace of mind that you won’t have to deny your pet life-saving treatment because the veterinary bills are too expensive.

“There is a highly competitive market for pet insurance which means customers can choose from a wide range of products that offer different levels of cover depending on their needs. It’s encouraging to see more consumers taking advantage of this, and the hope is that other owners will give more thought to how they would cope if their pet fell dangerously ill or had a serious accident.”