Bicycle theft gets closer to home 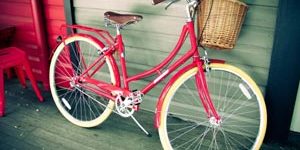 According to household claims data from Ageas, bicycle theft most commonly occurs from the home – whether from the house, garden or outbuildings such as sheds or garages – accounting for over 60% of total bike theft claims. The average value of such claims is around £700.

Claims data, analysed over two years, also shows the peak of thefts occurring in July, reducing gradually throughout August and into September, before dropping dramatically in December before a post-Christmas increase in January.

Craig Allen, Head of Household Underwriting at Ageas commented: “With the increasing popularity of cycling in the UK and the success of Team GB with their 12 medals in cycling in Rio, it is unsurprising that bicycle theft has become a bigger issue than ever – and thieves aren’t just focusing on the most expensive models. The latest Sport England Active People survey showed that over 2 million people are now regular cyclists, giving thieves a huge opportunity in both the acquisition of bikes and profit to be made from selling them on.

Protect yourself from bicycle theft

“However, bike owners can take a few simple precautions to protect themselves. Simply ensuring the bike is securely locked up, whether at home or away from the home, will act as a major deterrent for many criminals. We recommend using a good quality D-lock to secure the bike to an immovable object, as this makes the removal of the bike extremely difficult if not impossible. Of course, it is best to keep bikes in a locked shed, garage or outbuilding, if they cannot be kept within the home itself and always have them marked and registered on BikeRegister by local police.

“As long as the bike is locked securely, it is likely to be covered as standard by most home insurance policies – possibly with an upper limit for the value per bike. Some policies may not cover the bike when it is away from the home, so brokers will need to check details of the policy and look into adding this cover if necessary.”