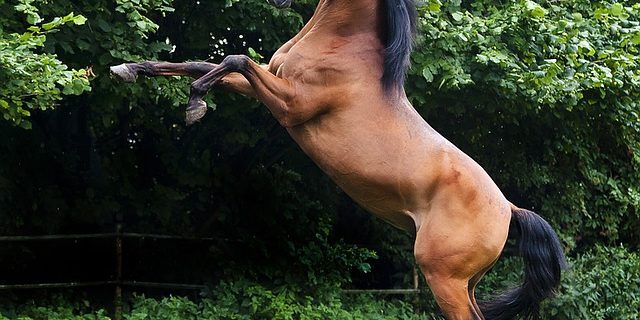 According to Aviva, it’s not just the weather that brings about unusual insurance claims; in the last year animals of all types have been responsible for some weird and wonderful ‘accidents’.

A horse made a silly mistake and mistook a customer’s car for a female horse, proceeding to make amorous advances, including getting its front legs onto the vehicle! The damaged car got the hump, but Aviva put things right by arranging for the bodywork to be repaired.

Then there was the gorilla who bit a customer on the arm. On a trek to see the animals in their natural habitat, the guide took them close to a group of gorillas and surprised one of them, who promptly bit their customer on the arm and ran off. Aviva arranged for medical assistance for the customer, who said he didn’t blame the gorilla!

A cat snuck into a customer’s car as he was unloading groceries. Later, noticing his hazard lights were on, the driver went outside and found the cat in his vehicle; in its desperation to escape the cat had clawed the roof of the car, causing substantial interior damage! The customer opened the door and the cat hightailed it out. Aviva repaired the car – and the cat was not injured.

Finally, a monkey was to blame for a broken mobile phone. A customer was on holiday when the monkey snatched his bag, jumped on top of a wall and proceeded to rifle through the contents. Finding the customer’s mobile phone the monkey threw it on the ground where it smashed. Aviva replaced the customer’s phone.

But it’s not just animals that cause problems; humans can be just as guilty! Take the case of the hapless burglar who tried – and failed – to break in to a customer’s house and hid in a garden shed, where he was rumbled by the homeowner. To make things worse, the burglar accidentally locked himself in to the shed, making it easy for police to apprehend him! Aviva paid the claim for damage to the home windows and the shed.