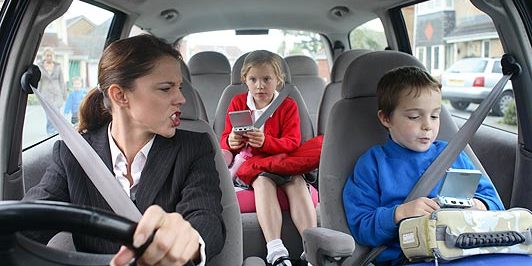 As children return to school, many courtesy of Mum or Dad’s taxi, the amount of traffic on the roads increases – and so does the chance of being involved in an accident.

Furthermore, research by AXA Insurance reveals that one in four parents were involved in a car accident whilst taking their children to school during the last academic year.

Some respondents to the survey have their own ways of making the school run easier, including:

Prep the night before:

Do as much as you can the night before when the children are all in bed. Things take a fraction of the time when there aren’t kids distracting you: you’re less likely to forget something and you’ll be less rushed in the morning. All this massively reduces stress.

“Set off earlier and walk if you can!”

“Make sure you wake everyone up early enough so they have enough time to get ready. Try to make it fun by using countdowns or timers and being encouraging.”