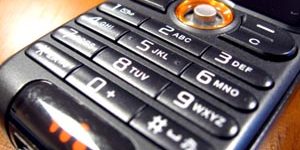 Insurance fraud has been a long-standing issue, with many consumers mistakenly believing that an inflated claim hurt only the insurers. Times are changing, however, as more and more people come to understand that they are the real losers as they see their insurance premiums rise to cover the cost of fraud.

Perhaps that is why the Insurance Fraud Bureau’s ‘Cheatline’ is proving such a success.

Powered by Crimestoppers, Cheatline is a free telephone and online service which enables members of the public to anonymously report what they know about any type of insurance fraud, taking place anywhere in the UK. This information plays a vital role as it enables insurers to reject false claims and help bring fraudsters to justice.

Thank you from the Insurance Fraud Bureau

Now the UK public is being thanked by the IFB for reporting valuable information they have about insurance fraud.

In 2014 over 500 reports were made to the Cheatline every month by members of the public and the IFB attributes the number of reports and the quality of the information to increased public awareness of the issue, combined with the realisation that insurance fraud is not a victimless crime.

Ben Fletcher, Director of the IFB, said: “The number of reports to the Cheatline shows that the public shares our contempt for insurance fraud while indicating that this crime is a nation-wide problem. The Cheatline is a tool which enables members of the public to turn frustration they feel towards insurance cheats into safe, positive action.”

“The value of the Cheatline in helping to fight fraud shouldn’t be under-estimated as one in five of our IFB investigations, where we are working closely with a police force to investigate insurance fraud, have received important information from the public via the Cheatline. We can’t thank the public enough for their support.”