Drivers are responsible for most accidents 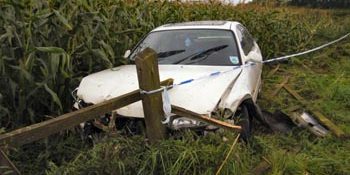 Figures show that drivers are to blame for the majority of accidents, according to analysis carried out by the Institute of Advanced Motorists (IAM) on Department of Transport (DoT) statistics for 2014. They reveal that driver / rider error or reaction were cited as contributory factors in 74% of accidents on Britain’s roads, involving more than 117,000 casualties.

The next highest factor was ‘behaviour or inexperience’, cited in 26% of accidents and resulting in more than 40,000 casualties.

Police can name up to six reasons for any accident they report. In 2014 the most reported by percentage were:

Neil Greig, IAM director of policy and research, said: “People often blame their car, the road, or the other driver for the accidents and near misses that they have. These figures show that in the vast majority of cases, it’s the driver or rider themselves who is to blame.

“Changing attitudes is the key factor when it comes to reducing the numbers of casualties on our roads. People must accept responsibility for enhancing their own skills and recognising their limitations. The first step towards that is to think about advanced training and right now you can get a free IAM taster session at www.iam.org.uk/lovedriving

He added: “It is not enough to leave people to their own devices once they have passed their test. Like so many other areas of life extra coaching pays dividends – and for a driver or rider, that means keeping their skills fresh by continuous assessment.”

The full statistics can be found on the DoT site here