Even horse saddles are the subject of fraudulent insurance claims 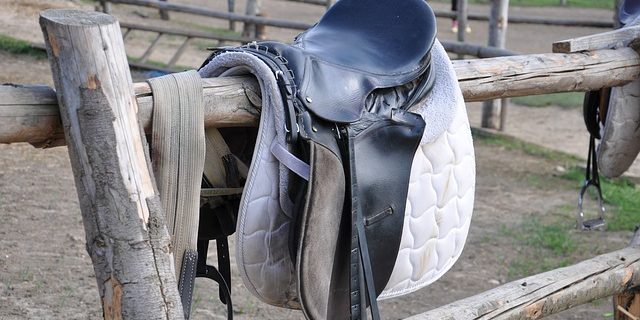 It isn’t just motor insurance that attracts fraudulent insurance claims.  In a recent case Jaime Clarke of Kidderminster was sentenced to four months suspended for 14 months after pleading guilty to three counts of fraud. She was also served with a four month curfew following the investigation by the City of London Polices Insurance Fraud Enforcement Department (IFED).

On 17 October 2013, Jaime Clarke contacted Direct Line Group to make a claim that two of her horse saddles had been stolen from her locker at a horse show in Lincolnshire.

She submitted images of the saddles to support her claim of £11k as well as a crime reference number gained from Lincolnshire Police. Upon request, she submitted quotes on the saddles on headed notepaper from a company called Sederholm Select. Direct Line Group paid out £9914 in respect of the claim.

In November 2014, Clarke then made another claim against her home insurance policy, claiming that a fridge freezer, television, washing machine, food, two iPads and two horse saddles had been damaged whilst moving house. The claim was in excess of £10k.

As part of her claim, Clarke submitted documents claiming the two iPads were damaged beyond repair. Fraud investigators at Direct Line Group were unhappy with these documents as they were not on headed notepaper and contained several spelling and grammatical errors. Despite repeated requests to submit real evidence to support the claims, none was forthcoming.

Enquiries by the insurer confirmed that Miss Clarke had never purchased any saddles from Sederholm Select.

Further enquiries around the other items made the insurance companies investigators suspicious about the nature of the claim and they referred the case to IFED.

Yet another fraudulent insurance claim for saddles

Investigators also unearthed that Clarke had made a third insurance claim for £5k for riding equipment in 2012 stolen from her shed which Jaime Clarke has also admitted was made up.

IFED Financial Investigator Simon Styles said “Miss Clarke was living beyond her means and used the insurance industry to fund her lavish lifestyle.

“Insurance fraud is not a victimless crime as an estimated £50 of every policy goes toward paying for it.

Mike Brown, head of counter fraud intelligence at Direct Line Group, said: “We are very pleased with the court’s decision and justice has been served. This sentence sends out a strong message of the consequences when caught, to those who believe it is acceptable to defraud their insurer and expect honest policyholders to foot the bill for their greed.”

Confiscation proceedings will now be progressed in the case.