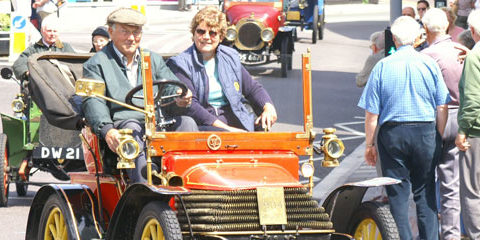 … our roads are being taken over by elderly drivers

A recent report by IAM (Institute of Advanced Motorists) has highlighted the fact that the number of elderly drivers is rising steadily. Figures show that, for the first time, there are now more than 4.34 million licence holders over the age of 70 on our roads, a rise of 11% from 2012.

The 323,631 increase in the past 31 months amounts to an average additional increase of 10,440 drivers age 70 and over on UK roads per month. The number of drivers over the age of 80 broke the one million mark last year; there are more than 11,000 more licence holders in their 90s compared to three years ago, an increase of 16%, while the number of centenarians holding licences is now 232, a rise of 70 on three years ago.

With the number of drivers aged 70 or older now rising by more than 10,000 a month, IAM is calling for the government, medical professionals and assessment providers to come together to address the needs of this generation of motorists.

Sarah Sillars, IAM chief executive officer, said: “People are living longer and therefore there are many more drivers on the roads that are past retirement age. We want these drivers to enjoy their motoring for as long as possible, so we want some thought and resources to go into how we can allow this to happen.”

IAM research shows that the most common factors in a road accident involving a person over 70 were: failing to judge the other person’s path or speed, poor turn-in or manoeuvre, losing control, illness or disability, dazzling sun; and nervousness, anxiety or panic. It added those factors were typical of deteriorating physical and cognitive functioning.