Fundamental dishonesty – the case of the missing dog 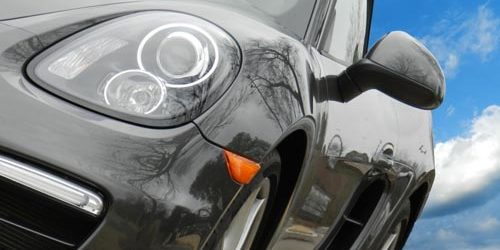 Insurance company Ageas has successfully defended a claim against a 74 year old policyholder who found himself victim of an abusive motorist driving a Porsche.  The claim by the Porsche driver was struck out on the basis of ‘Fundamental Dishonesty’.

In December 2014 the Ageas customer was driving his wife to the shops.  He could see in his mirrors that a grey Porsche was driving aggressively behind him, overtaking and undertaking vehicles before pulling up behind his vehicle evidently attempting to get past.  Unable to progress forward, the Porsche driver became abusive, making gestures at the Ageas policyholder before cutting in front then slamming his brakes. Unable to avoid the vehicle, the Ageas customer hit the Porsche in the rear.

The Porsche driver lodged a personal injury claim for £3,500.  His father, who owned the vehicle, lodged a separate claim for vehicle repair and car hire amounting to £7,820. The Claimant alleged that he had braked sharply because a dog had run out in front of his vehicle and that because the Ageas customer was driving too close, he was unable to react in time before hitting his vehicle.  From the outset, Ageas denied liability.

Although an independent witness corroborated the customer’s story and formal statements were taken from the customer, his wife and the independent witness which were disclosed to the Claimant’s Solicitors, proceedings were issued by the Claimant’s legal team.  The Claimant continued to deny any wrong doing and late in the process, a witness statement was provided to support the story that a dog or cat in the road had been the cause of the sudden braking.  Suspicious of the witness statement at such a late juncture, Ageas attempted to interview the witness who failed to attend the appointment and declined to assist.

During proceedings Ageas obtained disclosure of the Claimant’s medical records which showed a long history of violence including road rage incidents, a prison sentence and domestic violence.

Claimant did not want finding of Fundamental Dishonesty

On the morning of the trial, the Claimant offered to discontinue their claim on the basis Ageas did not apply for a finding of Fundamental Dishonesty.  Ageas declined this offer. The Claimant discontinued their claim anyway which meant that the father’s claim for the hire charges was dismissed as there was no evidence to hear.

Ageas applied to the Court for a finding of Fundamental Dishonesty and asked for this to be heard there and then on the basis that all the witnesses were present. Rather tellingly, at this point the Claimant’s witness left the Court without giving evidence, citing childcare issues. The Judge concluded that the Claimant’s claim was Fundamentally Dishonest because his whole claim stemmed from a fabricated set of circumstances. In an unusual move, the Claimant was ordered to pay costs in the sum of £5,000 within 21 days.

James Langdown, Fraud Operations Manager for Ageas said: “From the start, we had no doubt that this was a case of road rage against our policyholder and as we strengthened our position, the Claimant fabricated the existence of a dog in the road to explain his sudden braking with support from a dubious witness.  We were therefore determined to pursue this case to its conclusion in defence of our innocent policyholder.  No road user should be intimidated in this manner and ultimately forced into a collision.  We hope the outcome sends a serious message to those intent on fabricating events to serve their own ends and it is vital as an industry we stand up to defend our policyholders and protect our claims costs in such cases.”

The Insurance Bill, passed on 3rd February 2015, reinforced application of the fundamental dishonesty principles which were already included in the Criminal Justice and Courts Bill, giving insurers important additional legal weight in tackling fraud.  Clause 56 of the Criminal Justice and Courts Bill requires an entire claim to be struck out in the event of the presence of fraud or ‘fundamental dishonesty’.