Good news for drivers after Brexit 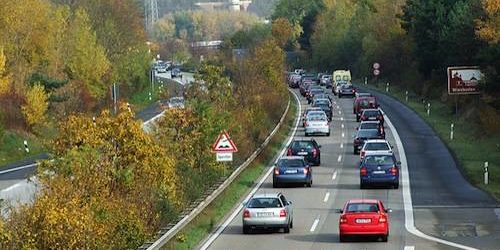 Remember the days when you had to apply for a special insurance policy, known as a green card, to take your car abroad? Well the good news is that, post Brexit, the green card scheme will not be making a return.

Returning to the Green Card scheme might have involved:

Of course, all of this additional administration would create additional costs – associated both with the cost of providing the Green Card documents and building new IT systems to verify the documents – which would have added costs to already hard-pressed motor insurance customers.

Now UK drivers and hauliers have been reassured that they should not have to apply or pay for ‘Green Card’ documentation from insurers when they travel in an EU member state after Brexit.

Following representations from the ABI, Motor Insurers Bureau and BIBA over the last 18 months, senior officials at the DfT wrote to the ABI this week stating that the Government has formally decided to keep the UK within the Motor Insurance ‘Free Circulation Zone’. This decision is now subject to formal approval by the European Commission, who need to confirm an introductory date.

However, as the Department for Transport has secured the agreement of the Council of Bureau (the organisation that administers the international Green Card system) and has confirmed its ability to meet any cross-border claims involving UK drivers and haulage operators, the Commission’s role is only to confirm the timescales. The ABI therefore expect the Commission to issue this confirmation.

Huw Evans, Director General of the ABI said:  “This is good news for drivers and haulage operators who no longer face the prospect of doing reams of paperwork and paying admin charges every time they get on a ferry to Europe. It’s always encouraging to see common sense prevail and I look forward to the Commission concluding the formalities as soon as possible.”

As a result of this decision, the UK’s status within the Green Card system will effectively be the same as three other non-EU member states who are part of the Free Circulation Zone – Serbia, Switzerland and Andorra – where drivers can enter the EU using their domestic motor insurance policy and do not need to be issued with any additional documentation. The same will apply for any drivers and haulage operators from these countries who bring their vehicle to the UK.