House fire – what would you save? 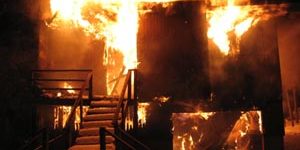 Three hundred and fifty years ago this week most of London was razed to the ground in the Great Fire of London.  Samuel Pepys famously buried his wine and Parmesan cheese as his house caught fire. What would you save?

It turns out that most people nowadays are more likely to want to save credit cards, cash and photographs than anything else, a survey by the Association of British Insurers (ABI) has found.

The ABI survey also showed a third of people would reach for their mobile phone but only 16 per cent would save jewellery or other valuables if their house caught fire. And just 1 per cent would emulate Samuel Pepys by snatching up luxury food and drink.

The start of the fire service

September 2nd 2016 is the 350th anniversary of the start of the blaze which destroyed more than 13,500 homes and 87 churches in London while burning for four days. It is also the event which created the modern property insurance industry and in turn, the fire service.

James Dalton, Director of General Insurance Policy at the ABI, said: “The Great Fire of London caused damage on an unprecedented scale. Unlikely as it is, if such a fire were to tear through London today we estimate it would cost £37 billion to rebuild the city. What’s particularly hard to imagine is that there was no organised firefighting force, and no insurance to cover the thousands of properties destroyed.

“As well as shaping modern London as we know it, the Great Fire inspired businessmen to offer fire insurance policies, which have evolved into the world leading insurance industry we have today. The crews the insurers employed to protect their investments became the first publicly funded fire service. We hope as few people as possible face the trauma of a fire in their home or business but, when they do, there are now trained firefighters who will come to their aid, and insurance available to help rebuild and repair.”

The ABI has produced a timeline showing how the Great Fire of London led to the creation of modern property insurance, including:

1720 – the creation of ratings which categorised properties by risk

1833 – the London Fire Engine Establishment is set up, a firefighting force run by several insurance companies