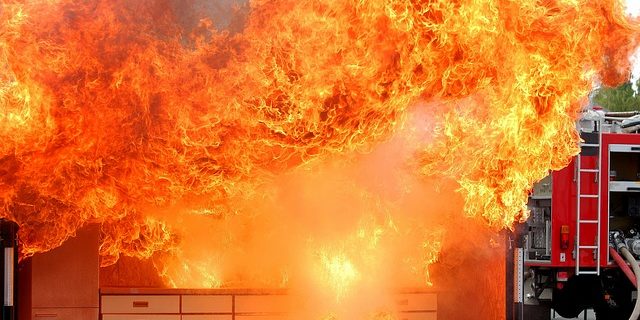 Accidental damage claims in the kitchen, including kitchen fires, rise by over 15% during The Great British Bake Off season.

Overall cooker and oven accidental damage claims have fallen by 58% since 2013 with oven hobs, oven doors and kitchen floors often the main casualties in the kitchen. However, during the weeks when The Great British Bake Off is on our TV screens accidental damage claims for oven and cooker incidents have risen according to analysis by Ageas, one of the UK’s home insurers – up by over 15% in 2015.

Claims related to kitchen fires are also cause for concern

Of all the fire claims handled by Ageas in 2015, a staggering nearly two in five (38%) started in the kitchen with nearly a third (31%) of those starting in a cooking pan. In addition to those related to cooking or baking, Ageas also sees a worrying proportion of fire claims linked to electrical appliances – in fact 20% of fire claims Ageas handled in 2015 were electrical fires.

Although Ageas has identified a trend in claims spikes during GBBO, overall the number of accidental damage claims has fallen. While many claims relate to hot dishes being dropped on ceramic hobs, oven doors or kitchen floors, slips and falls onto cookers are not uncommon, as well as forgetful chefs cremating their cuisine and ruining their appliances in the process.

Rob Hopkins, Head of Household Claims at Ageas comments: “We know that Mary Berry and the team inspire people to try new things in the kitchen, but our figures suggest that the Bake Off could be giving rise to more than new baking creations. We’ve seen claims rise during the weeks when the show’s on air – but also welcome that overall, accidental damage claims have fallen.

“Our biggest concern, however, is the substantial number of fires that start in the kitchen, particularly as nearly a third of UK homes damaged by a fire don’t have a fire detector fitted. This is the simplest way to protect the home and family and we urge homeowners not just to get fire alarms fitted, but to test them at least once a month too.”