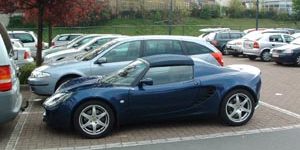 At a time when motor insurance premiums traditional fall, research by the Association of British Insurers (ABI) shows the opposite is happening.

The imposition of a further increase in Insurance Premium Tax (IPT) and the upsurge of the compensation culture have contributed to a rise in the average price of private comprehensive motor insurance premiums.  Data shows that premiums have risen by 10% in Quarter 1 over the same period last year.

Shop around for motor insurance

These figures highlight the importance of shopping around for motor insurance, making sure you obtain the right cover for your individual circumstances.  While it is tempting to buy at the lowest price many cheap policies are not fully comprehensive.  An example of this is the numerous motorists who have been caught out believing that their policy covered them to drive other people’s cars, only to discover their mistake when a police car pulls them over, the car is confiscated and they are charged with driving without insurance.

Consulting an independent insurance broker, such as Asprey Harris, means that not only are you offered the most cost effective insurance but you are also fully aware of the terms of cover before making any decision to purchase.

James Dalton, ABI’s Director of General Insurance Policy, said: “The last 12 months has been a bumpy ride for motorists. After a period of falling premiums as insurers delivered on their promise to pass on cost savings arising from the previous Government’s civil justice reforms, motorists are paying the price for the Chancellor’s decision to increase Insurance Premium Tax last year as well as the persistent rise in the number of whiplash claims the industry faces.

“While motorists can shop around to get the best deal, a further increase in IPT is already scheduled by the Government for October putting further upward pressure on premiums. The average premium will only fall once the Government’s further planned reforms to remove the right to claim damages for whiplash are delivered. So, like insurers, honest motorists will be looking forward to seeing those reforms implemented sooner rather than later.”

For more information and an interactive chart see the ABI’s industry data update.