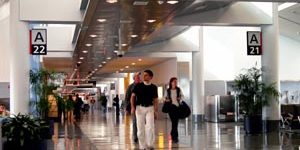 Lying about being ill or injured and making several fraudulent travel claims for the same family holiday, amounting to more than £19,000, led to a man being jailed for fraud.

Richard Agyemang of Islington was sentenced at Inner London Crown Court to 16 months in jail after he’d been found guilty of four counts of fraud by false representation following a five day trial.

The City of London Police’s Insurance Fraud Enforcement Department (IFED) led on the criminal investigation into his fraudulent activity.

Agyemang initially appeared on IFED’s radar following referrals from several insurers, including Ageas, AXA and LV= General Insurance, who were suspicious of the claims he’d made in relation to a cancelled family holiday. IFED soon discovered that the claims against each insurer had a number of striking similarities.

In each of the claims Agyemang contacted the insurer a few days before he and his family were meant to go on holiday and lied that he’d been unable to travel due to a physical injury or food poisoning and subsequently had to cancel the trip.

He then claimed for the cost of flights and hotel accommodation using various documents such as bank statements, airline tickets and emails of booked hotel reservations, which IFED later proved to be fraudulent.

Agyemang targeted a different insurer each time he made a false claim in order to try and avoid detection, as he could use the same fraudulent documents. On some occasions, he also used a fake medical certificate for his injury or illness to further substantiate his claim.

In total Agyemang made four fraudulent claims against three different insurers over two years between March 2012 and March 2014. Each claim was worth £4,500, amounting to £19,225 overall.

Detective Inspector Lara Xenoudakis, of the City of London Police’s Insurance Fraud Enforcement Department (IFED), said: “Agyemang was systematic in the way he committed insurance fraud. He made almost identical claims, using the same fraudulent documents, but targeted a different insurer each time to try and avoid detection.

“Despite this, our collaborative work with Ageas, AXA and LV= General Insurance ensured that Agyemang’s fraudulent activity was exposed. He appeared at court, where he was found guilty by the jury and later rightly punished for his criminality.”

Jamie Hersant, Head of Lifestyle Claims at AXA Insurance, said: “AXA is pleased to see the outcome of this case, as it’s another positive result in the industry’s ongoing fight against fraud. The continued support of the Insurance Fraud Enforcement Department was critical in helping secure a conviction and will deter those who believe they can make fraudulent claims and get away with it.”

Clare Lunn, Fraud Director at LV= General Insurance, said: “Despite the high quality forging of documents by Agyemang, we were able to piece together enough information for the Insurance Fraud Enforcement Department to undertake a criminal investigation which has led to the convictions against this travel Insurance fraudster. I hope this serves as a warning to others, as to how effective our partnership with the Insurance Fraud Enforcement Department is and sends a clear message that if you commit insurance fraud you will get caught, and you will be convicted.”