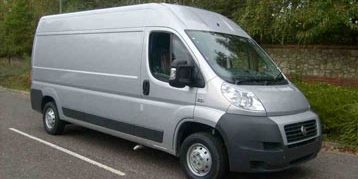 When the owner of two West Midlands based courier companies produced forged insurance policies to two major national courier companies he was convincing enough for them to award him at least £862,000 worth of contracts to deliver parcels to postcodes across the country.

Luckily one insurance company spotted his deception and referred him to the City of London Police’s Insurance Fraud Enforcement Department (IFED) for criminal investigation. In October 2015 he was sentenced to 16 months imprisonment, suspended for two years; ordered to do 150 hours community service and has been suspended from being a company director for five yeas.

As Director of RW Distribution Ltd, Mark Randall from Walsall forged an insurer’s motor fleet insurance policies to convince UPS his vans were insured in order to maintain a contract to service postcodes nationwide – earning the company £733,948.76 between February 2012 and June 2013.

When RW Distribution Ltd folded the 46-year-old started a new business, KLW Logistics Ltd. He then imitated the same insurer’s motor fleet policy and an Aviva freight insurance policy to dupe Yodel into believing his vans were insured, bringing the business £128,234.63 between May 2013 and June 2014.

He also presented vehicle hire company SSH Self Drive with forged Allianz motor insurance policies so he could hire delivery vans to add to his fleet of vehicles between February and June 2013.

Detectives arrested Randall at his home on Stafford Close in Walsall in July 2014 and on searching his house, seized a blank Tradewise insurance certificate. He was subsequently charged with three counts of fraud by false representation and one of possession of an article for use in fraud and later pleaded guilty to the offences at Wolverhampton Crown Court.

City of London Police Detective Constable Gary Kearley, who ran the Insurance Fraud Enforcement Department’s investigation, said: “Once a legitimate businessman, Randall knew that without valid insurance policies his courier companies would not have maintained or won new business.

“His attempts to cut corners have seen him turn himself into a fraudster.”