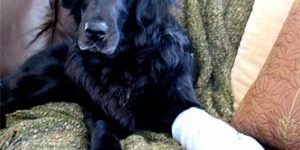 Are you one of the 15 million families in the UK who has at least one cat or dog as part of your household? We really are a nation of pet lovers. Yet an estimated 67 percent of dogs and 84 percent of cats are not insured against accident or illness.

With an average insurance claim of £757 and annual premiums of around £324 for dogs and £171 for cats it actually makes financial sense to take out an insurance policy.

In the past eight years claims have risen by 56 percent, with insurers paying out £775m in more than 1 million claims last year, the highest ever recorded total. Continued development and improvement in medical capabilities have seen vet bills rise over the same period and they can easily run into thousands of pounds for emergency treatment; the average cost of surgery is £1,500 but last year one dog needed £30,000 worth of treatment.

Joseph Ahern, General Insurance Policy Adviser at the Association of British Insurers, said: “Owning a pet can be rewarding, but also very expensive if they fall ill. None of us want to imagine anything bad happening to our pets, but leaving them uninsured can lead to expensive bills and unnecessary stress.

“It’s good to see the number of pets being insured growing, and the amount being paid out by insurers, but the fact that millions of pets still aren’t covered means that owners are at risk of having to fork out thousands to cover the costs of vet treatment because there’s no NHS for animals.

“No matter what type of pet you have – there should be a policy that’s right for you. The market is very competitive, so be sure to shop around or speak to a broker.”