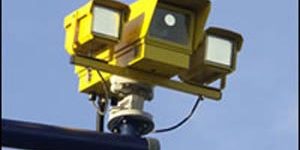 Sometimes those pesky speed cameras can surprise even the most hardened operators, catching drivers travelling at twice, or more, the posted speed limit in residential areas.

According to a recent survey by the Institute of Advanced Motorists (IAM), five motorists were caught driving at over 100mph in a 30 or 40 mph limit and a further two were speeding at more than 70 mph.  The figures emerged in response to a Freedom of Information request to 44 police forces throughout the UK, covering the period 1 January 2015 – 30 January 2016.

Greater Manchester Police recorded the highest speed at 113 mph in a 40 mph limit, closely followed by South Yorkshire Police with a reading of 109 mph in Doncaster, in another 40 mph zone.  In fact, these two forces recorded all five of the motorists travelling at over 100 mph in 30 or 40 mph areas.  Northumbria and Dorset also had more than their fair share of speedy drivers.

Sarah Sillars, IAM chief executive officer, said: “These are the roads we all use on a day-to-day basis and as a result are rife with hazards for any driver. Schoolchildren, shoppers, the elderly – they are all using the same space and won’t be prepared for anybody travelling at this speed.”

“Exceeding the limit to such a degree is potentially suicidal in such conditions, not to mention incredibly dangerous for other road users. Clearly these drivers do not see the potential consequences of what they are doing. We believe if we are going to change this mind set, there needs to be personalised sentencing options made available to challenge this behaviour fully.

“The IAM would support further research on which types of courses would be most effective in changing entrenched speeding attitudes so that we can start to offer them alongside the well-established speed awareness courses for those just over the limit.”

See the top five speeds recorded by each force, where they were recorded and what the speed limit is on that road: http://bit.ly/1oRZJ2H