Still using a smartphone while driving? 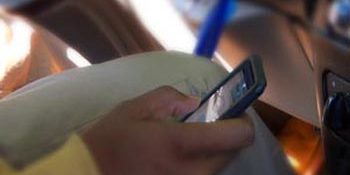 Two new surveys reveal the extent that motorists use their smartphones and tablets while at the wheel. And the results are shameful. The Institute of Advanced Motorists (IAM) asked 500 drivers how they used their smartphones and tablets while driving their cars. Results show that 9% of drivers admitted to taking a ‘selfie’ while driving; this increases to 15% of young drivers aged 18-24 and 19% of 25-35 year olds. Women are less obsessed than men with just 5% of women admitting they have taken one while driving, compared to 12% of men.

Even more shocking is that 8% of drivers admitted to driving while using a video-calling application such as FaceTime and Skype to make and receive video calls, rising to 16% among 18 to 24 year olds.

Other findings include 7% of drivers admitting to watching videos and catch-up television on the road while 18% of drivers access the internet using their smartphone or tablet. Yet despite all of this, the number of drivers given penalty points for using a smartphone at the wheel fell by more than 40% in 2014.

More concerning is that 28% of all drivers say that texting or messaging is acceptable if stuck in a traffic queue; similarly 11% say they would use a hand-held device while waiting at traffic lights and 16% of those aged 18–24 say that it is acceptable to send or receive messages while driving in slow moving traffic.

The penalties of using your phone while driving

Young drivers, who according to the research are most likely to use a hand-held mobile phone while driving, must retake their driving test if they gain six penalty points or more within two years of being granted their full driving licence.

A mobile phone offence is taken extremely seriously by insurance companies, with on average a 26% increase in premium or even withdrawal of cover from offenders. That compares with an average 12% premium increase for a speeding offence.

An offence using a hand-held phone is committed by a driver unless the car is safely parked with the engine switched off. It attracts a fixed penalty of £100 and three endorsement points, the same as a speeding offence. But depending on the circumstances, the offence could be escalated to careless or even dangerous driving. That risks disqualification and a heavy fine, as well as making it difficult to afterwards to find an insurer willing to offer cover.

Janet Connor, managing director of AA Insurance, points out that drivers using a handheld smartphone are at four times greater risk of having a crash, despite the penalty being identical.

“These findings are shocking. Unlike speeding it usually requires the use of a phone to be seen by a police officer, so many drivers just think they can get away with it. It’s vital that there are more traffic police to catch offenders.

“This deliberate act diverts attention from driving, significantly heightening the risk of a crash. If that happens, police officers will check the phone’s records to see whether a message or call was taking place at the time.

“While drivers may mistakenly exceed a speed limit, no-one sends a text by mistake.”