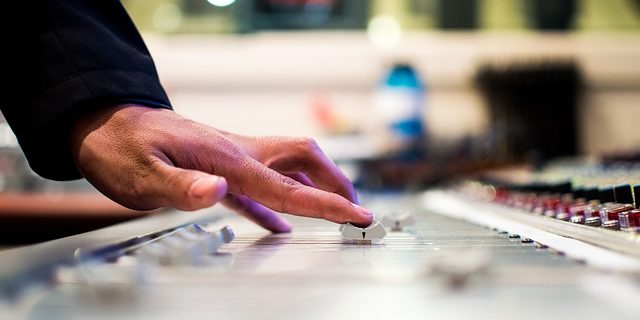 A disc jockey from Newcastle who tried to bully and abuse staff into processing his bogus insurance claims, has been sentenced to 22 months in prison at Teesside Crown Court. Nolan Cormac Blakey pleaded guilty to five counts of fraud by false representation and three counts of sending malicious communications following an investigation by the City of London Police’s Insurance Fraud Enforcement Department (IFED).

Blakey submitted a series of fraudulent insurance claims between June 2015 and November 2015 for bogus injuries and loss of earnings. In a bid to get his claims quickly resolved he became extremely abusive during phone conversations with many of the insurance company call handlers as they tried to help him.

The case was initially flagged to IFED to investigate after Blakey submitted a claim to Zurich for a damaged windscreen on his car. He then went on to make further claims for loss of earning due to being unable to drive his car. Receipts submitted as proof of earnings however were handwritten and Blakey couldn’t provide simple details of where or when he was supposed to have performed as a DJ to earn the money he was claiming.

Suspicious the claim was fraudulent, Zurich’s investigators then checked the original claim of the damaged windscreen and found that although Blakey had provided quotes for the cost of the repair work that was paid to him by Zurich, when they checked with the glazing company they found Blakey had cancelled the repairs that had been scheduled, casting into doubt whether the damage had ever actually occurred.

Cross-industry checks carried out by IFED and officers revealed Blakey had other claims with insurers and when they were checked, it emerged those claims were fraudulent as well.

In one instance, Aviva investigators found that a £2,500 personal injury claim was completely false. Blakey claimed that a cooker he was using exploded and caught fire whilst cooking vegetables. He said that the explosion knocked him to the ground and as a result he fractured his wrist and damaged his retina. When, however, the cooker was collected by the company it had been purchased from there were no signs of any damage and when it was checked by independent engineers it was found to be in full working order.

In another bogus claim – this time with QBE Insurance – Blakey said that he’d recently bought a new mobile phone charger, but it had overheated and burnt his sofa. When forensic experts investigated the damage, they found that the damage to the charger had been caused by a naked flame being held to it, rather than the charger overheating.

And in yet another claim Blakey said that he’d fractured his wrist when he tried to leave a restaurant, pushing against a glass door that was locked. Blakey claimed that there was no sign or indication the door was locked and as a result, damaged his wrist when he walked into it. A physiotherapist who viewed the footage concluded that it would have been highly improbable that Blakey could have caused such serious damage to his wrist at such a low impact.

When officers contacted the various insurers and companies Blakey was claiming against, they told them how Blakey had become extremely abusive towards their call handlers – a tactic Blakey was using to try and get his bogus claims accepted without further question. He was so abusive in some of the calls that it also led IFED officers to investigate him for malicious communications.

Blakey was arrested in January 2016 and in police interviews he denied that he had made up or exaggerated any of his claims, or that he had been aggressive and abusive when dealing with the companies involved. However, he eventually pleaded guilty to the eight offences with which he was charged, with a further six offences also taken into consideration by the court.

Detective Constable Kevin Hughes, from the City of London Police’s Insurance Fraud Enforcement Department said: “Blakey manipulated the insurance system, not realising the industry works closely with the Police to identify and root out fraudsters.

“Resorting to bulling and abusing insurance company staff as he attempted to speed up his claims illustrates the lengths and methods he was willing to use to cheat the insurance system.

“Insurance fraud is not a victimless crime and in these incidents of fraud, Blakey has not only made insurance a little bit more expensive for all, his actions have impacted on people who were trying to help him”.