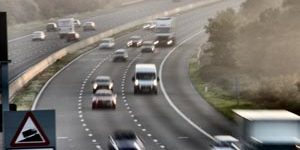 According to a recent survey by the AA, tailgating comes out top as the most irritating habit of other drivers, a place it has held in six of the past seven years.

Talking on a mobile phone has consistently come second, except in 2014 when it took the top spot, while middle lane hogging comes third. Other bad habits such as speeding, driving too slowly and overtaking on the inside can also be found on the list.

The survey response from 20,055 AA members revealed that their pet hates in 2017 are:

Jack Cousens, AA public affairs officer says: “Tailgating and hogging the middle lane is not only annoying but dangerous. Getting frustrated by the selfish, inconsiderate behaviour of others could cause you to make a mistake. Try to stay calm and focus on your own driving.”