The changing face of Christmas thefts 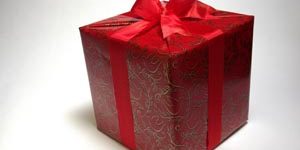 Over the past 10 years, Christmas theft claims have moved from gaming kit to mobile tech, according to data from the UK’s leading insurer Aviva – and festive thieves are reaping the rewards from smaller but more expensive swag.

Back in 2004, the Sony Playstation 2 was the most stolen item, alongside top accessories such as a duel shock controller and games such as Grand Theft Auto 3. Last year eight out of the top ten items stolen were iPhones, iPads and Macbooks as more expensive mobile technology were the big Christmas gifts.

And there’s expected to be even more pricy tech under the tree this Christmas as the iPhone 5s and iPhone 6 top the list this year along with Macbooks and iPads.

But festive revellers need to be careful as New Year’s thieves will be on the prowl looking to get themselves a post-Christmas sack of goodies. Aviva data shows that on New Year’s Eve household theft claims increase 8% compared to an average day as burglars end their festive break.

Simon Warsop, Aviva’s Chief Underwriting Officer, said: “The past 10 years have seen a big change in the type and cost of presents given at Christmas. Expensive phones, tablets and laptops are now the must have items. But this kind of high value, small size tech is exactly what thieves are looking for.

“Thieves will take advantage of empty houses, party noise and fireworks as people celebrate late into the night on New Year’s Eve. So if you’re going out to party make sure that you leave lights on and secure all windows and doors including those on your garage and sheds. Otherwise those special Christmas presents may end up being a gift for someone else.”

Apart from theft, fire is another hazard at Christmas, with claims reaching record levels each year.  Aviva’s top tips for a safe and theft-free Christmas include: