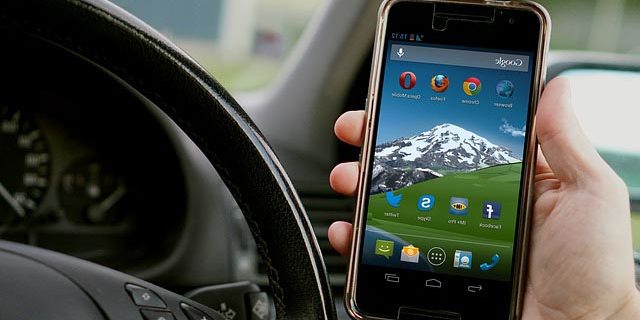 With penalties for using a mobile phone while driving due to double in March, police have been focussing in recent months on educating drivers about the dangers of distracted driving.

A campaign run in November to catch drivers using a mobile behind the wheel identified  almost 8,000 offenders. That’s the equivalent of 1,000 per day or 47 per hour. When you add in people drinking coffee, eating a sandwich or changing a CD, that’s an awful lot of us not paying attention to the road.

A recent survey by road safety charity Brake and Direct Line found that around half of drivers aged between 25 and 34 are taking huge risks by texting, using apps or going online on their mobiles while driving. More than half admitted they had sent or read a text message and 4 in 10 said they did it at least once per week.

A study of in-car video footage estimated that 22% of crashes could be caused, at least in part, by driver distraction. It also showed that drivers who perform a secondary task at the wheel are two or three more times likely to crash.

From 1 March penalties for using a mobile phone behind the wheel will double to £200 plus six penalty points. Drivers who have taken their test in the last two years risk losing their licence as they have a limit of six points, against 12 for more experienced drivers. After their ban they will have to re-take their test at their own expense, not a cheap matter these days.

March will also see a major offensive on social media dubbed ‘Don’t Stream and Drive’. The Thunderclap campaign, due to send messages across Facebook, Tumblr and Twitter emphasising that phones and driving do not mix, already has a reach in excess of 2.5 million people and there are still 30 days to go.

Gary Rae, campaigns director for Brake, said: “We welcome this crackdown by police forces. The law needs to be much tougher with this type of offence, which appears to be growing in numbers.  Younger drivers, especially those aged between 25 and 34, simply aren’t getting the message about the dangers of using a mobile phone while driving. Doing any other complex task while driving hugely increases your chance of crashing. These drivers are putting their own and other people’s lives in grave danger by taking this risk. If a phone has to be used as a sat nav, it must be programmed before setting off on the journey and properly secured. There is no other acceptable way to use a phone while driving.”

Full results of the survey can be found here