Watch out, there’s a camera about … 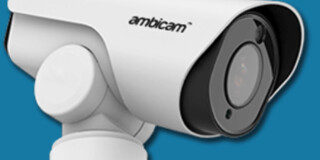 … and coming to your location shortly.

Local councils will shortly be given authority to fine drivers for committing minor traffic offences such as driving in cycle lanes, stopping within yellow box junctions and failing to follow one-way systems or contravening no-entry signs. These are in addition to the fines for parking and speeding they already issue.

Motorists in London have been caught out by these rules for a while now and up to a million fines are issued each year for sums between £70 and £130. Now these fines are being extended to the rest of the country, probably within the next few months.

The fines will be generated as motorists drive past an Automatic Number Plate Recognition (ANPR) camera and with recent data revealing the amounts councils take in parking and speeding fines each year, there are fears that councils may rush to install even more cameras as a way to generate more revenue.

As you can imagine, the news is not going down well as drivers say that they fear road layouts and signage will be placed to deliberately confuse drivers to increase the number of penalties they can issue.

Transport Minister, Rachel Maclean, was asked in the House of Commons about how quickly these plans may come into force so that a clear timeline could be established. She stated that it would be ‘some months’ before local authorities were given the final go-ahead.

However, in an attempt to quell concerns from motorists, she also reassured that: ‘Statutory guidance is being developed for local authorities on how to use the powers, including publishing their introduction in advance, to ensure that enforcement is carried out fairly.’